A fourth volume of the catechism… and a disc 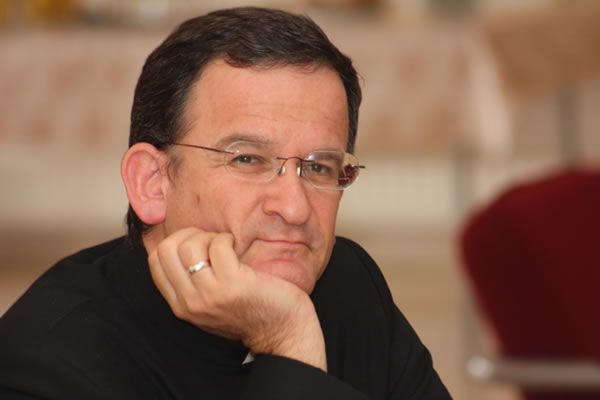 Thanks to the generosity of the John Paul II Foundation in Italy, the Saint James Vicariate for Hebrew Speaking Catholics, an integral part of the Latin Patriarchate of Jerusalem, has been able to publish the fourth volume of its children catechism, this time focusing on the Mass. The beautifully illustrated book was published in October 2012. The text is written for Hebrew speaking Catholic children, integrated in secular, Jewish society in Israel. The challenge is once again to find the right language in order to communicate the richness of the Catholic faith to children who are not exposed to the Church in their day to day lives.

Hebrew speaking Catholics today are a very diverse group: citizens of Israel who are of Jewish origin, Catholic members of Jewish families, Arabs who attend Hebrew language schools, new immigrants from Eastern Europe as well as migrants: foreign workers, especially from Asia, asylum seekers, especially from Africa, refugees from Lebanon and other long term residents. They all share the unique context of being Catholics at the heart of Jewish society and they all speak Hebrew. There is a great need for Hebrew language educational material to ensure the transmission of the faith from generation to generation.

The four volumes take into account these particular circumstances in formulating the Catholic faith for children who often know the Old Testament better than the New and the Jewish tradition better than the Christian one.

This formulation of Catholic faith in Hebrew is a new reality as never before have Catholics lived their faith life in Hebrew, an ancient language tied to the very roots of Christian faith and renewed as a modern language at the end of the nineteenth century. 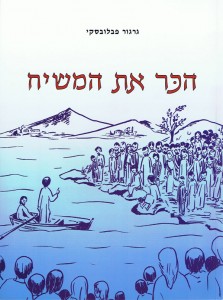 Volume 1, “Getting to know the Christ”

In addition to these volumes, the Vicariate has undertaken a new project with the generous assistance of the John Paul II Foundation: the issuing of a first disc of the community’s music. Since the 1950s, the Hebrew speaking communities have been developing a liturgical-musical tradition, rooted in the Catholic-Christian and Jewish-Israeli contexts. The result is a unique blend of East and West, that creates a particular atmosphere in Catholic worship in Hebrew. A group of musicians from the community, conducted by a seminarian for the Vicariate, Benedetto Di Bitonto, has been recording songs and the disc they have produced serves as a companion to the children’s volume of the Catholic feasts. The words of the songs are included in the text of the book and hearing them on the compact disc, will enable the children to internalize a part of the celebration.

We can hope and pray that a new generation of Hebrew speaking Catholics might make their contribution to the society and the Church in which they live, constituting, with their Arabic speaking brothers and sisters in faith, disciples of Christ and witnesses to his love.

The Association of Saint James was founded in 1955 as a Catholic association dedicated to developing Hebrew-speaking Catholic communities in the State of Israel. Saint James was the head of the Jerusalem community of believers in Jesus at the time of the apostles. A pious Jew, he worked to establish a community made up of Jews and non-Jews, united in their common faith in Jesus as the Messiah (see the Book of Acts, chapter 15).

The Association of Saint James constitutes a Vicariate within the Latin Patriarchate of Jerusalem. Today, Hebrew speaking communities are active in the six major Israeli cities: Jerusalem, Tel Aviv-Jaffa, Haifa, Beer Sheba, Tiberias and Nazareth. In addition, the Vicariate includes communities of Russian speaking faithful who are finding their place within Hebrew speaking Israeli society. In 2003, Mgr. Jean-Baptiste Gourion osb was ordained bishop for the Hebrew-speaking community, an auxiliary to the Patriarch Mgr. Michel Sabbah. After his premature death in 2005, the Franciscan Custodian of the Holy Land, Father Pierbattista Pizzaballa ofm, succeeded him as Vicar. In 2009, Father David Neuhaus, an Israeli Jesuit, was appointed Patriarchal Vicar; responsible for the Hebrew speaking Catholic communities in Israel.

1. To establish and nurture Hebrew-speaking Catholic communities in the State of Israel for Catholic believers who are not integrated in Arabic speaking communities, are not pilgrims or passers by, but are Jewish or non-Jewish residents who are integrated in Israeli, Hebrew speaking society. Being Catholic in Hebrew within a society that has a Jewish majority is a new experience in the history of the Church.

2. To serve as a bridge between the Universal Church and the people of Israel by strengthening the relationship of Jews and Christians and sharpening the Church’s awareness of her Jewish roots and the Jewish identity of Jesus and the apostles. Our faithful are engaged fully in the life of Israeli Jewish society and in the life of the Catholic Church.

3. To bear witness, as an integral part of the Church in the Holy Land, to the values of peace and justice, pardon and reconciliation within a context of violence and war. The Vicariate sponsors priests, seminarians and pastoral assistants to assure the continuation of its work.

The Vicariate maintains a presence in six different locations in Israel and must develop this presence by building the necessary facilities – churches and community centers. The Vicariate publishes liturgical books, news sheets and other Christian material in Hebrew. The Vicariate has a developing educational mission both within the Church and within Jewish society in Israel in order to cultivate and nurture reconciliation and understanding between the Church and the Jewish people. The Vicariate provides a Catholic formation for young Hebrew-speaking members, encouraging them to find their place within Israeli society and within the Church. The Vicariate helps in caring for the poor and elderly of our communities and our society in a country torn apart by war.